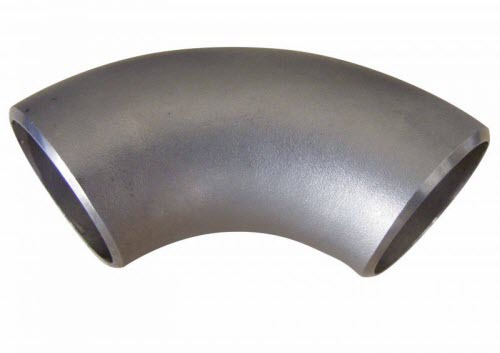 A Carbon Steel Elbow is an elbow made of carbon steel and is a connection device for two large-diameter pipes. It is usually composed of two elbows plus several fastening bolts. It is a metal pipe that changes the direction of the pipe on the carbon steel pipe. Low-carbon steels have low plastic strength, they become hard after adding appropriate amounts of carbon, and plasticity reduces the strength. Elbow joints may need to withstand high tensile, compression, torsion, and shear strengths. Carbon steel elbows are a better choice.

Carbon steel elbows are divided according to their technological forms, which can be divided into welding elbows, stamping elbows, and casting elbows.

The production of carbon steel elbows is relatively simple and is mainly applied to pipeline systems with corrosive media. Elbows and flat rings can be made of different materials to reduce the cost of the elbows and improve performance. Its good performance advantages, can guarantee important use performance and operational contribution, widely used in thermal power, steel, smelting, cement, machinery, coal, mining, chemicals, ports and other industries.

Mr. Tony Dong
What can I do for you?